My cousin Karl recently sent me discharge/enlistment papers & WWI photos of our Norwegian Grandfather Edwin O. Johnson. His unit was listed as the 38th Infantry Regiment of the 3rd Infantry Division. He was in a 4-man machine gun crew. His Enlistment Record specified the A.E.F. Meuse Argonne Offensive. General John J. Pershing declared its stand “one of the most brilliant pages in our military annals.”

Ninety-nine years ago the German Army launched the fifth of the their “Ludendorff Offensives” on the front between Chateau-Thierry and Reims. Along the western half of the sector this meant mounting an assault across the Marne River. The key crossing point was five miles east of Chateau-Thierry around the village of Mezy. Just behind Mezy was the opening to a valley which—if entered—would allow the attackers to penetrate the Allies’ rear deeply.

Defending on either side of Mezy were two regiments of the American Third Division. Their action here on 15 July 1918 helped halt the last German offensive of World War I.

This is how an American Official History records the event:

On July 15, 1918, the 38th Infantry of the 3d Infantry Division successfully defended its position on the Paris-Metz railroad, 200 yards from the River Marne, against six German attacks. It was the last great offensive of the German Army and the first fight of the 38th Infantry in World War I. Initially, the Germans succeeded in driving a wedge 4,000 yards deep into the 38th Infantry’s front while the U.S. 30th Infantry on its left and the French 125th Division on its right withdrew under heavy pressure. With the situation desperate, the regiment stood and fought. The two flanks of the 38th Infantry moved toward the river, squeezing the German spearhead between them and exposing it to heavy shelling by the 3d Division artillery. The German Army’s offensive failed. With this brave stand the 38th Infantry earned its nom de guerre Rock of the Marne. General John J. Pershing declared its stand “one of the most brilliant pages in our military annals.”

This is how the Germans later recalled that day:

… All [German] divisions [along the Marne] achieved brilliant successes, with the exception of the one division on our right wing. This encountered American units! Here only did the Seventh Army, in the course of the first day of the offensive, confront serious difficulties. It met with the unexpectedly stubborn and active resistance of fresh American troops. While the rest of the divisions of the Seventh Army succeeded in gaining ground and gaining tremendous booty, it proved impossible for us to move the right apex of our line, to the south of the Marne, into a position advantageous for the development of the ensuing fight. The check we thus received was one result of the stupendous fighting between our 10th Division of infantry and Americantroops.

I have never seen so many dead. I have never seen such a frightful spectacle of war. On the other bank the Americans, in close combat, had destroyed two of our companies. Lying down in the wheat, they had allowed our troops to approach and then annihilated them at a range of 30 to 50 yards. “The Americans kill everyone,” was the cry of fear on July 15—a cry that caused our men to tremble for a long time.

This fork is from a Paris Café. Grandpa was instructing me on driving the farm tractor when I was young; he laughed & slapped his leg when he told this story. As his infantry unit entered the café, the French waiters rushed to all the tables attempting to save the good silverware before the American soldiers could abscond with them. Grandpa managed to grab a fork for a souvenir. He added that when he died, the fork was mine. I was in college when he died. I remembered his promise & went to the utensil drawer for the prize. It is a very large fork, as can be seen from the comparison. 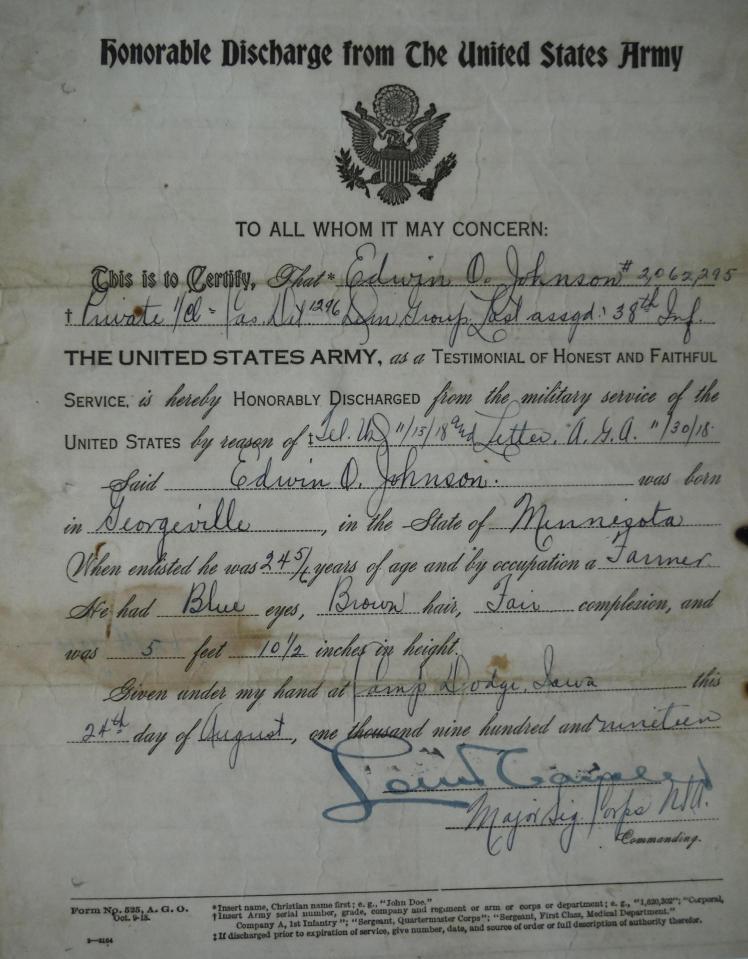 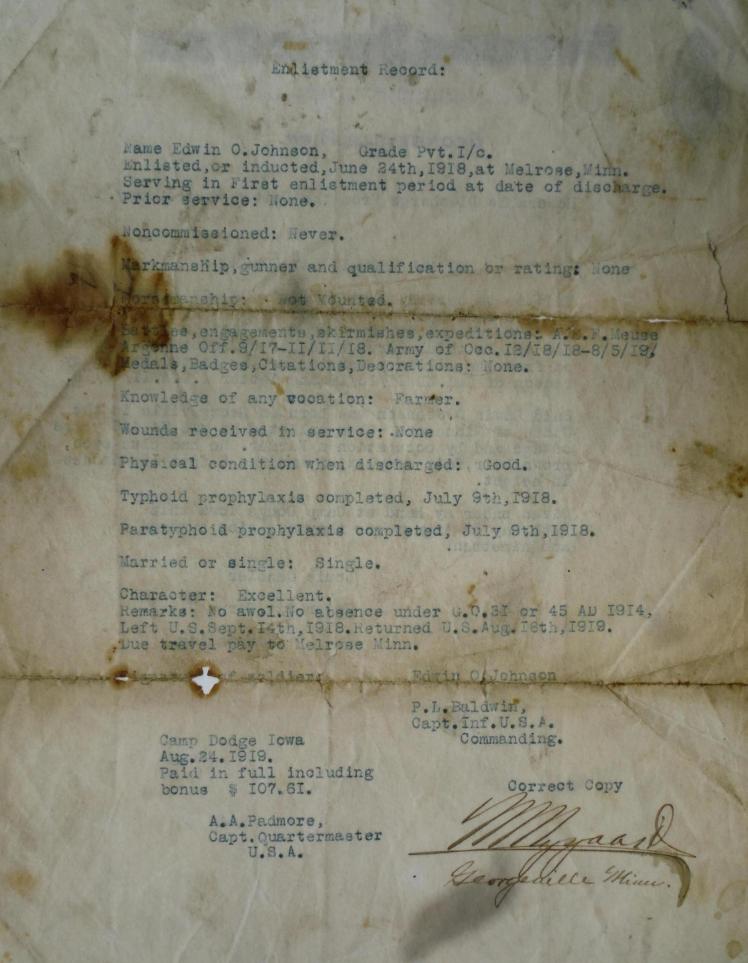