Thirty years ago this month, the currents delivered spilled oil from the Exxon Valdez to the Kodiak-Katmai area. I was the DEC District Engineer over Anchorage, western Alaska, including the Kodiak office.  I relocated to Kodiak for shoreline surveillance. We flew a Bell 206 chopper right off the deck, covering all the islands in the Kodiak area & the Katmai coast. Some memories do not fade …. 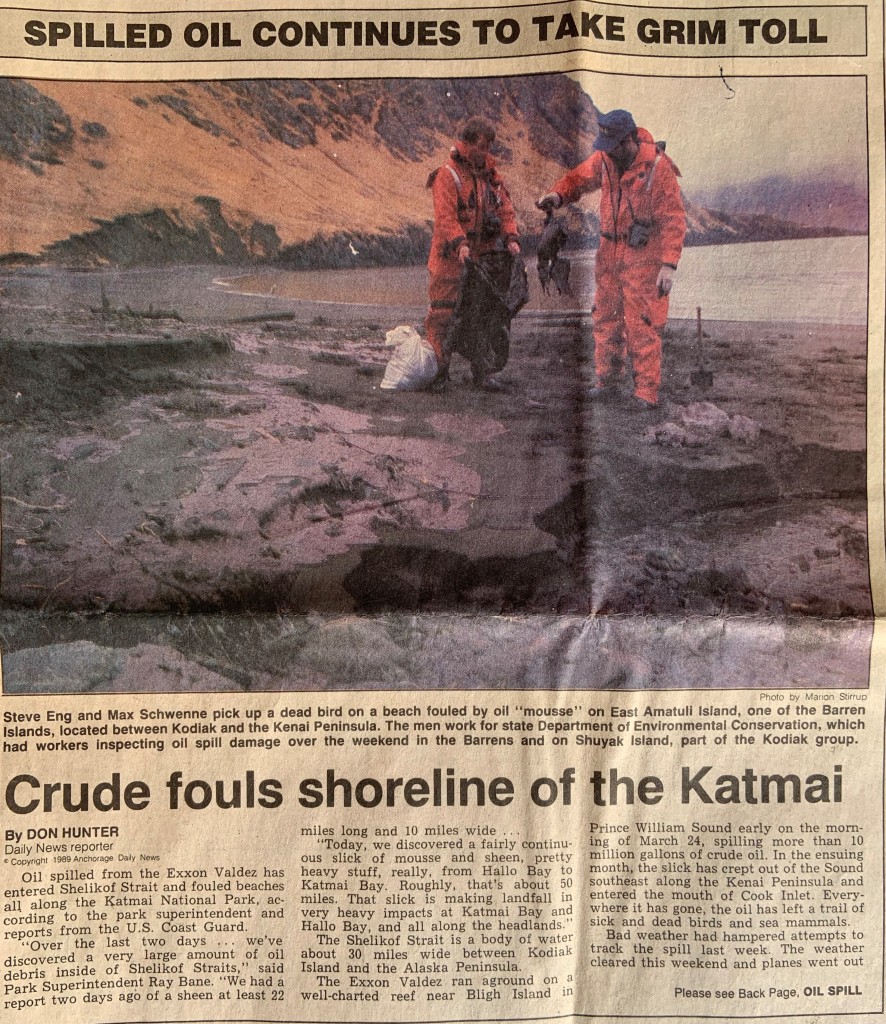 Natalie Fobes joined us on many surveillance flights. She wore a crash helmet aboard the chopper- this became a magnet for jokes. Natalie recalled a downdraft that we could not overcome on a flight; we had to turn around. Pilot Jay pointed out the checkerboard pattern over Shelikof Strait- wave patterns at 90 degrees to each other; we shuddered at the thought of engine failure. We hooked the landing gear on a piece of driftwood one day, but Jay slowly put us down without mishap. 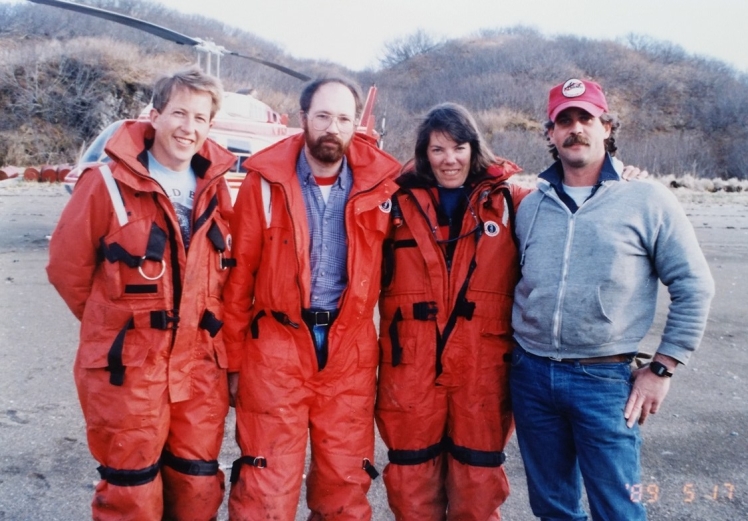 It was an exciting adventure flying low-level in this wild country. The excitement was tempered by apprehension & foreboding of what we would discover. We investigated a dead whale on Tugidak Island. It was not apparent that the whale had died from the spilled oil. Placer miners would later report thousands of oiled dead birds on the small island. 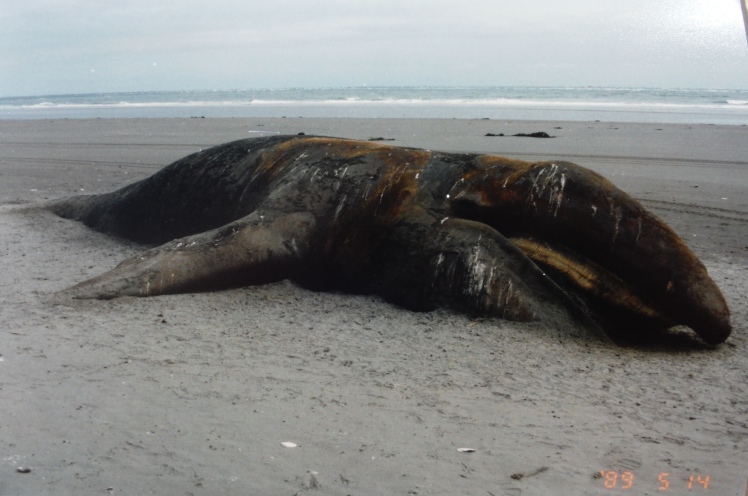 A dead eagle was collected as a possible oil spill victim. Ingestion of oiled prey was a possible source. Reaching these remote locations required fueling up at times. We would land at a tender in Kitoi Bay for fuel. Jay would bring a current newspaper to the news-hungry workers; these were the days before the internet. Drums of fuel were stashed at select locations on the Katmai coast- this would extend our range. 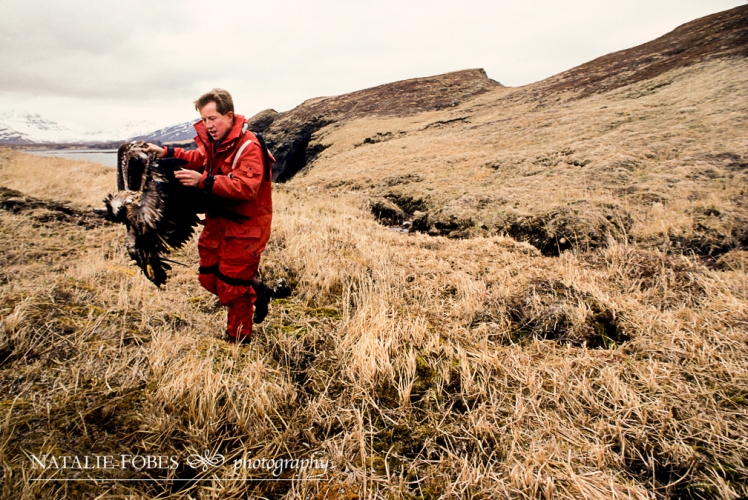 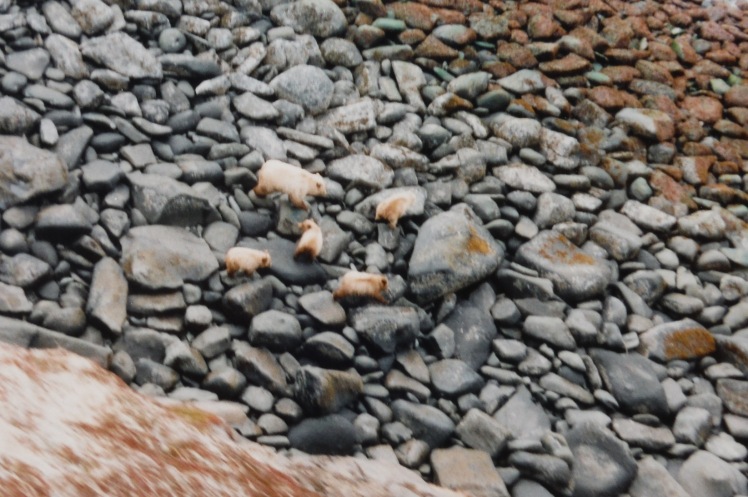 After flying the perimeters of Kodiak, Afognak, Shuyak, & associated islands, we still had not made it to the Barren Islands. On April 29 the weather cleared, allowing flight to the Amatuli Islands. Upon landing a deathly silence greeted us. We discovered the 1st dead Murres in what would soon be tens of thousands. Fifty to sixty thousand Murres were returning to begin nesting. 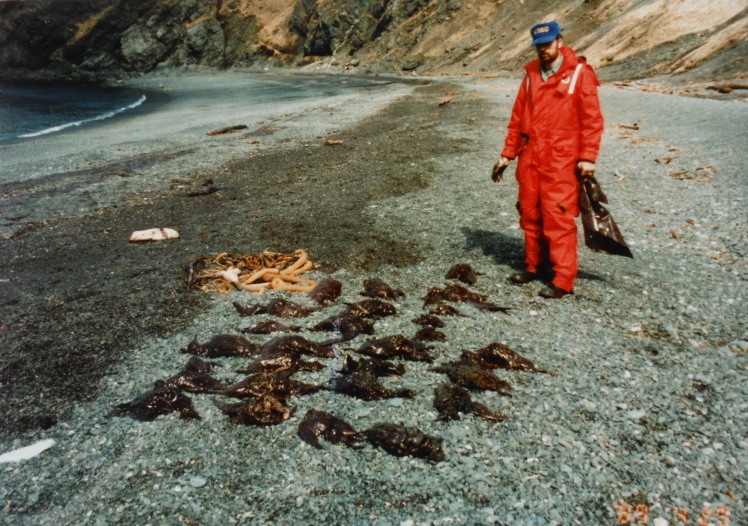 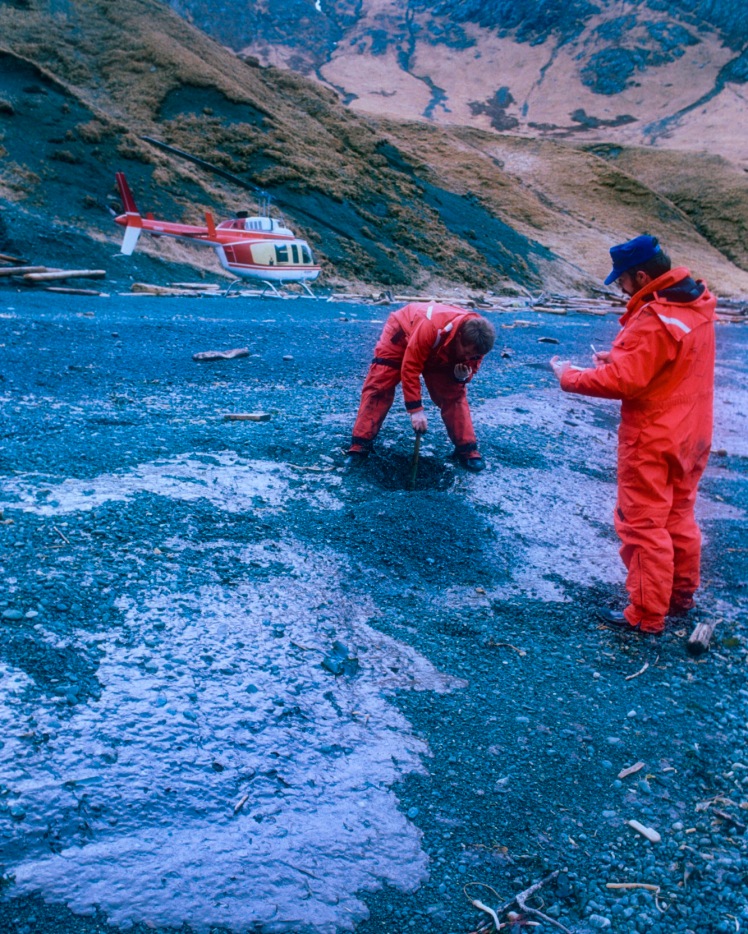 Having spoken with many people over the years involved in the Exxon Valdez disaster, I posed the question, what could have been done differently? A recurrent answer ensued. The pooled oil at the site of the spill lay thick & quiescent for a couple days. It could possibly have been torched & set ablaze. It would have been a tremendous fire, with much smoke, but would have removed most of the oil from the water column.

Some memories do not fade …. like the pall over Amatuli.

I still travel to Kodiak for environmental jobs- 30 years later I got together with Marion Stirrup (Owen) for coffee. 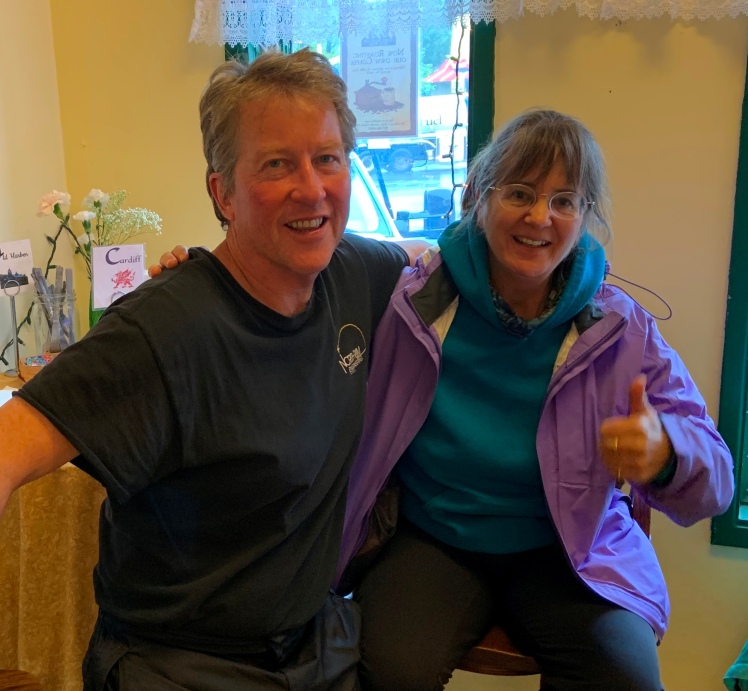 2 thoughts on “PALL OVER AMATULI”